Pedro Maia is a Portuguese filmmaker that works predominantly with 16mm and 8mm film, pushing the boundaries and aesthetic of analogue cinema by manipulating the raw materials and challenging the traditional process, continually expanding the visual and technological heritage of classic film methods. 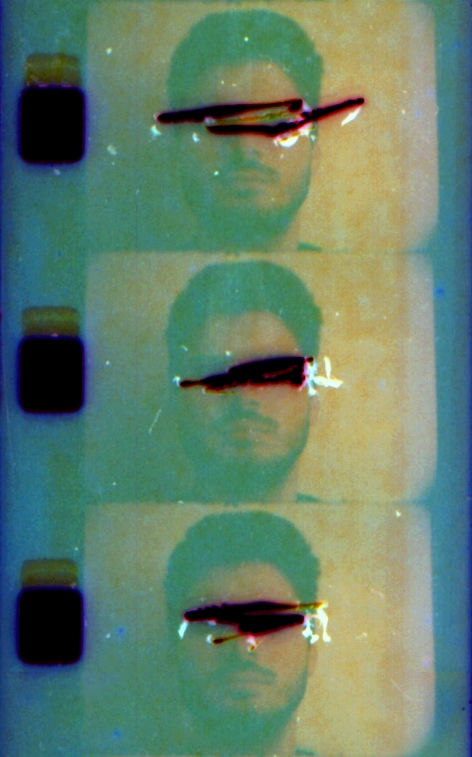 “Pedro Maia approaches filmmaking from a boundary point of view: he has a specific interest in the material and physical qualities of the medium which lies hidden in the image and how they affect it, analyzing the beauty of its patina and how it fades away as its doubly temporal substrate, able to capture a time while also aging it as an object. From this position, Pedro Maia also seeks out the relationships of cinema as a language, comparing them to other modern languages, ranging from plastic art experimentation to the expanded film or video clip. But these are probably only words of a reflection that is far from what his films truly express: the tension between light and darkness, the struggle between desire and pain, poetry that emerges from each inner conflict.” – Curto Circuíto International Film Festival